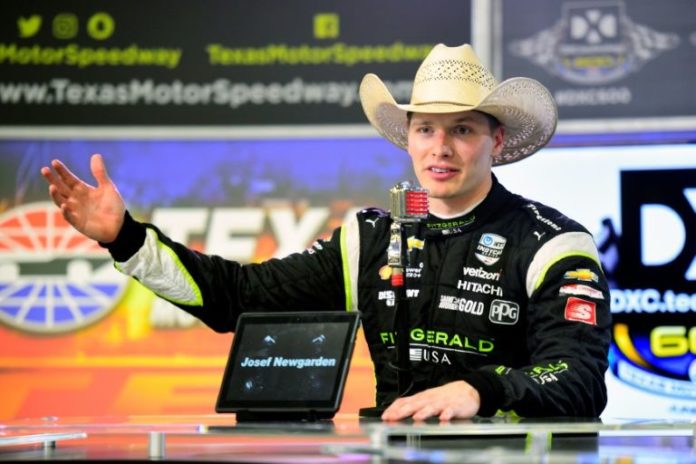 Josef Newgarden roared to his fourth conclusion of the season on Sunday, winning the weather-hit Iowa three hundred that took over seven hours to finish thanks to 2 rain delays.
Newgarden dominated the 300-lap race on the IndyCar Series’ smallest track, leading for a pair of45 laps in Team Penske’s No 2 Hitachi Chevrolet to increase his overall points lead.
The American claimed his second win in the past four years to go with a 2016 triumph on the Iowa oval.
“It is great to be back here in victory lane,” said Newgarden, who led for 229 laps last year but didn’t get the win.
“This is a team effort. I was down yesterday because I felt like we had the pole car and we didn’t get it right. Today we got it right.”
He took the checkered flag at 1:14am standard time (6:14am GMT) due to a try of rain delays. The start of the race was delayed for four and a [*fr1] hours thanks to thunderstorms followed by another delay at lap fifty five when it started descending once more.
“I tried to bide my time. Once I got by can (Power) it had been a matter of managing my tyres and making an attempt to create the foremost of the traffic. You got to urge through the traffic,” said Newgarden.
Scott Dixon finished second a pair of.85 seconds behind Newgarden, while his Honda teammate James Hinchcliffe placed third. Simon Pagenaud, who started from the pole position, was fourth and Spencer Pigot rounded out the top five.
The conclusion allowed Newgarden to increase his series points result in twenty nine over Alexander Rossi, who finished sixth. Newgarden has finished sixth or higher in his last six Iowa races.
Chip Ganassi Racing’s Dixon finished second for the fifth time this season.
Next up is that the Honda Indy two hundred at the Mid-Ohio Sports automotive Course in Lexington, Ohio.