West Indies were trailing 1-0 in the series. Yesterday a brilliant knock by Shai Hope helped West Indies level the series. West Indies won the toss and elected to bowl first. Bangladesh lost their first wicket very early in the match when Imrul Kayes was dismissed for 8 runs by Oshane Thomas.

Bangladesh recovered from the early blow and had a great second wicket partnership of 100 runs which was broken by the leggie Bishoo in the 24th over of the match. Oshane Thomas took 3 wickets for the west Indies Side. Kemar Bishoo was the most economical bowler who bowled an economy of just 2.7 runs per over.

Shakib scored maximum for any batsman from Bangladesh side. He scored 65 runs which helped Bangladesh to reach the total of 255 runs.

Hemraj and Shai Hope opened the batting for West Indies.West Indies lost their first wicket in the second over. Unlike Bangladesh who had a big partnership for the second wicket Bangladesh had a steady partnership of 65 runs between Shai Hope and Bravo.Bravo was dismissed by Rubel who cleaned him up at the score of 27 runs.

West Indies were in deep trouble when Roston Chase got dismissed and West Indies lost their sixth wicket only for 185 runs.But Shai Hope being the last Hope for the West Indies side stood tall and made sure that West Indies was able to level the series.

Shai Hope was awarder the man of the match award for his excellent knock of 146 runs of just 144 balls. At the post match presentation,he said:” Very pleased. I just kept backing myself and knew that as long as I bat till the end, we will win. I asked Keemoto bat deep, it wasn’t an easy wicket in the beginning.” 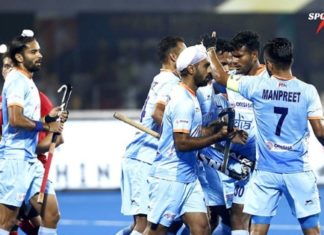 Shubham Kumar - December 9, 2018
0
This was last fixture for the hosts before the knockouts. It was a crucial match at it could affect the points table...