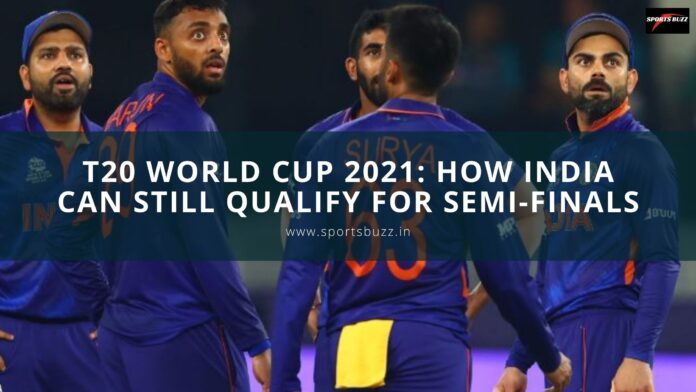 The current scenario suggests that Team India is standing very close to the exit door. Kohli and Co. can still advance if they survive unscathed through this match and through their next two contests, which would require some solid batting performances from the team’s best batsmen.

Sunday’s matches in the ongoing World Twenty20 tournament saw New Zealand beat India by four wickets in a Group B fixture at the Marylebone Cricket Club in Dubai, going 2-0 up in the tournament. They kept striking consistently at crucial moments and put a strong total on the board, which proved to be too much for the Men In Blue to chase down. New Zealand will now take on Pakistan tomorrow, while India will play UAE.

India’s road to the semi-finals will be a hard one – India would have to defeat either a strong Afghanistan or a very competitive New Zealand to qualify for the next round. The fate of the Indians may depend on how they fare in their last game against lower-ranked Scotland, while they can at least hope for good results of other teams who play directly against them (Afghanistan and Namibia).

The current scenario suggests that Team India is standing very close to the exit door, but there is a narrow chance that Kohli & Co can enter the semi-finals.

The entire cricket team of India is scheduled to play Afghanistan (on Nov 3), Scotland (on Nov 5) and Namibia (on Nov 8). They need to win all three games.

The Indian fans would love to see Afghanistan defeating New Zealand on November 7. It will allow neither of these teams to collect more than six points by the end of the Super 12 round. If it happens and then India surpasses these two sides with a higher fair rate (an easier way is by scoring more freely), then they’ll secure their spot in the semi-finals along with Pakistan.

Calculations suggest that India has the upper hand. However, Afghanistan may well beat India to take this game. They’ve played very well overall. Team India will need to watch out!

admin@sportsbuzz - June 13, 2022
0
Star India is the new media rights for the Indian Premier League (IPL). IPL Media Rights has been sold to Star India. The TV...