Manchester United midfielder Paul Pogba is a positive influence in the dressing room and must extend his stay at the club to help bring trophies back to Old Trafford, teammate Juan Mata said.

Paul Pogba said last month that he could seek a new challenge after three years at United, while his agent recently told The Times that the 26-year-old intends to leave the club amid reports linking him to Juventus and Real Madrid.

However, Mata wants Pogba’s future to include United winning “big trophies” in 2019-20 campaign, having failed to lift a major trophy since their Europa League triumph in May 2017.

“We all know Paul and he is a fantastic midfielder, and a very good guy, very positive, and a good influence for everyone,” Spanish midfielder Mata told Sky Sports.

“As a teammate and a friend I would like him to stay and be happy because he is a very good player for us.

“We know we have to do better than last season. This club has won more trophies than any other club in England. We want to win big trophies again.”

In Ole Gunnar Solskjaer’s first full season as United manager, the club will be aiming to improve on last term’s sixth-placed finish in the Premier League, when they ended up 32 points behind champions and local rivals Manchester City.

Mata agreed a contract extension at United last month, and fellow Spaniard, goalkeeper David de Gea, is also closing in on a new long-term deal, according to reports in the British media.

“David is the best or one of the best goalkeepers in the world, for sure,” Mata said.

“He is one of my best friends, so I want him to stay. On a professional level, it will be great for us if he stays because he will give us many points over the next seasons.”

United open their 2019-20 league campaign against Chelsea on August 11. 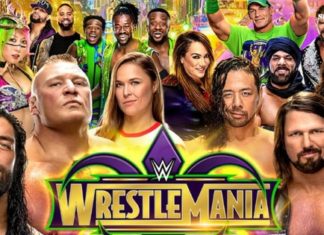