14th edition of the FIH Men’s Hockey World Cup is all set go live in Bhubaneswar from November 28 to December 16. The tournament will be played in a new format that has never been part of a men’s World Cup before and would give every team a fair chance of progressing to the quarter-finals.

It will also be the first time that a men’s WC will see 16 teams battling for the top honours. In a meeting held two years ago, the International Hockey Federation (FIH) had decided to increase the number of participating nations from 12 to 16 for both the men’s and women’s events. Complying to it the latter was successfully held in London earlier this year.

Though it is always encouraging to have more teams for a top competition, it also presents a logistical challenge for the hosts.

For the first time this World Cup will see ‘crossover matches’ being played once the pool stage is over. While the top team in each of four pools directly qualifies for quarter-finals, teams finishing last will be eliminated from the tournament. The second and third placed teams will move to the crossovers.

The winner in each of the four crossover matches will eventually join the pool toppers to complete the eight teams playing the quarter-finals.

The Format Simplified
– 4 pools consisting 4 teams each
– 3 points for a winning side, 1 point for a draw, 0 for a defeat
– Table topper in each pool directly qualify for the quarter-finals*
– Team in the last position in each pool gets eliminated
– Teams finishing 2nd and 3rd in each of four pools play the crossover matches to determine remaining four quarter-finalists
– Teams losing the crossovers would be eliminated
– Ranking of eliminated teams is based on their performance at the time of elimination

The Saints play Aston Villa, Manchester City, Arsenal and Manchester United when the Premier League returns from the international break. Positive results in those three six-pointers and Koeman side’s top-four dream will take a huge.

*If at the end of the pool matches two or more teams have same number of points for any place in a pool, the teams will be ranked according to (1) matches won or (2) goal difference or (3) goals for or (4) result of the match between them or (5) field goals scored or (6) Shootout 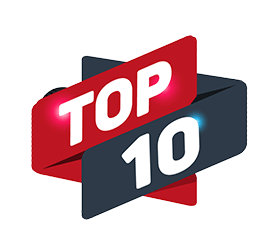 Eric Joseph - May 10, 2020
0
These are some unpopular sport you don't know they are actually sports until you see or read about them. This is our top 10...