It was day 12 of the hockey world cup 2018 and there were two clashes today. The first of them was between Germany and Malaysia and the second one was between Pakistan and The Netherlands.

In the first match Germany defeated Malaysia by 5-3 to maintain their 100%-win record and seal a quarterfinal berth for themselves. In the second match Pakistan was crushed by Netherlands as they suffered heavy defeat. Netherlands beat Pakistan by 5-1 but still Pakistan was able to make it to the knock out stage of the tournament.

In the second match of the day, the Netherlands scored through the sticks of Thierry Brinkman (7th minute),Valentin Verga (27th), Bob de Voogd (37th), Jorrit Croon(47th) and Mink van der Weerden (59th) and the lone goal by Pakistan was scored by Umar Bhatta.

In the first match of the day between Germany and Malaysia,Malaysia scored all their three goal by penalty corner. Razie Rahim (26th ,42nd) and Nabil Noor (28th)scored goals from the Malaysian side. Tim Herzbruch (2nd, 59th)and Christopher Ruhr (14th,18th) scored two goals each for Germany while the other goal was scored by Marco Miltkau in the 39th minute of the game). Malaysia who won the silver medal in the Asian Games are out of the Hockey World Cup as they finished last in their group.

Germany finished top of the table in pool D with three wins.Netherlands and Pakistan were second and third placed team respectively in their groups and qualified for the crossover round of the tournament.

Germany, Australia, Argentina and the hosts India managed to get a direct spot for the quarters while England, China, Pakistan, Netherlands,New Zealand, Belgium, France and Canada have to win their respective matches inthe crossover round to seal their spot in the quarter final round of the HockeyWorld Cup. The Fixture of the crossover round of Hockey World Cup is as mentioned below: 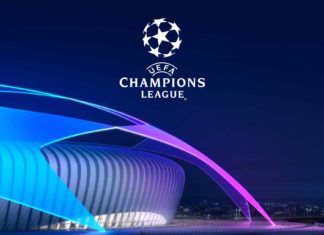