Mercedes driver Lewis Hamilton was officially crowned as 2018 Formula’s 1 champion on Friday at the annual ceremony of the motorsports company. Lewis Hamilton and Mercedes received their prizes at the FIA’s award ceremony at St. Petersburg, Russia.

Lewis Hamilton said that it would not have been possible for him to win the championship without his incredible team who work in the background to make sure that he has a podium finish. This was Hamilton’s 12th season and he is with Mercedes team for the last six years. Mercedes has another two year contract with Lewis Hamilton.

“But it’s really how you dissect your year. So this next month I’m going to sit down and figure out where I can be better. I asked for my team to send me an email, from several different departments, and asked them to be blunt – they don’t even need to tell me who the email’s from – and just ‘tell me the things you feel I can improve on, if there’s been a certain experience this year you’ve felt that could be better, or something I said that’s swayed the energy within the team’. Whatever it may be because I’m looking to be the all-time great and that means winning in all areas.”

Sebastian Vettel and Kimi Raikkonen collected trophies for finishing second and third in the championship. 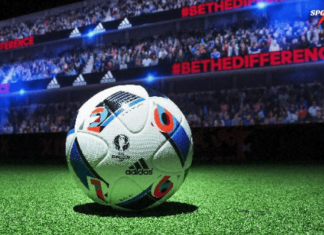 Sk. Arbaj Ali - December 13, 2018
0
Last night (UCL Final Match ), the champions of Europe lost to the underdogs. And it was not any spirited fighting that...