This was last fixture for the hosts before the knockouts. It was a crucial match at it could affect the points table standing. India as to expectation crash Canada 5-1.

Bhubaneswar crowd filled the seats of the stadium one hour in advance. All of them were very excited about the key clash between India vs Canada. Canada started very well. They survived many attacks from the Indian strikers before one finally went to goal in the 12th minute when Harman Preet Singh flicked one to the right of the Canadian goalkeeper Antoni Kinder.

Canada was not in a mood to give up. They pushed the limits of the Indian players. Floris Van Son scored the first goal for the Canadians in the 39th minute which changed the complexion of the game.

With only the last quarter now remaining the Indian team would be feeling a bit nervous about the game, but the Indians showed their class when they score four goal sin the interval of just 11 minutes. Chinglensana and Amit Rohidas scored a goaleach in the last quarter while Lalit Upadhyay scored a brace for the Indians. Lalit Upadhyay also became player of the match. With this win India top the group C table.

India will now play their Quarter Final on Thursday with the team who finished second on the table in group D. 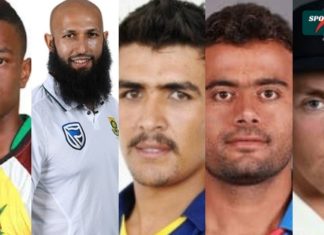 Shubham Kumar - December 11, 2018
0
With BCCI releasing the list of players that are going under the hammer next year. Speculations are going around about who could...