Indian selectors on Sunday announced fresh, young faces for the upcoming West Indies tour following the shock semifinal exit in the recent World Cup, and amid speculation about the future of veteran MS Dhoni.

Chief selector M.S.K. Prasad said Virat Kohli would continue to lead in all three formats against the West Indies.

The tour is seen as the start of India’s rebuilding process after the World Cup disappointment.

Rishabh Pant, a young and flamboyant wicketkeeper batsman who was also a part of India’s recent World Cup campaign, was named in all three squads for the upcoming tour.

The other youngsters are Shreyas Iyer, Manish Pandey and the yet uncapped fast bowler Navdeep Saini, who were included in the white ball T20 and ODI squads.

Prasad brushed aside speculation about the future of former skipper and wicketkeeper batsman Dhoni after his form dipped during the World Cup.

“Retirement is purely individual. Legendary cricketer like M.S Dhoni, he knows when to retire,” Prasad said.

“We don’t need to discuss anything on it, because first of all he is not available. Second, we have already started grooming some youngsters.”

Reports on Saturday said Dhoni was skipping the West Indies tour to spend two months in the army, but is not planning to walk away from the game.

There have been calls from some quarters for Dhoni, 38, to retire. He remains very popular across India for leading the side to 2011 World Cup triumph. 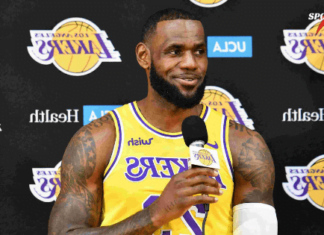 Sk. Arbaj Ali - November 26, 2018
0
LeBron James revealed in an interview that he played Basketball Ball matches inspite of a broken hand during the NBA Finals. The last three games...